It’s a curiosity that Tchaikovsky is so popular – his 1812 Overture is No 1 in the Classic FM Hall of Fame – and yet much of his music is virtually unknown over here.

That includes most of his operas, most of his chamber music, and almost all of his solo piano music, the totality of which is featured in Valentina Lisitsa’s fine new box.

Tchaikovsky wrote solo piano music for more than 30 years. It was a nice little earner for him, because in those times, composers made nothing out of grand symphonies but could make a lot out of sales of sheet music for home performances of piano trifles. 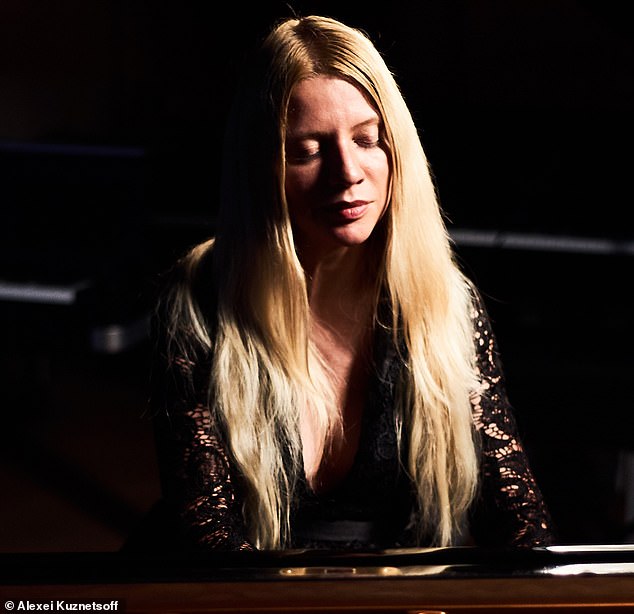 Valentina Lisitsa is a first-class virtuoso, with a strong but sometimes wayward musical personality. Occasionally she rips through pieces, breaking the sound barrier

Lisitsa’s is the most comprehensive survey of Tchaikovsky’s piano music ever issued, because it not only includes the stuff written for the piano but also the transcriptions the composer himself made of some of his most celebrated orchestral pieces, such as The Nutcracker and the aforementioned 1812 Overture.

Since this music was written for popular consumption, most of it is very engaging, which makes its neglect all the more surprising. And some indeed is first- class, like the series of 12 pieces celebrating the months of the year, perversely entitled by Tchaikovsky’s publisher The Seasons.

June, a barcarolle, is as good a piece of romantic piano music as any 19th-century composer produced. This and others, such as May’s White Nights, or the Sleigh Ride (November), have been companions of mine for years.

Severe stage fright when he conducted made Tchaikovsky hold his hand on his head because he feared it would become detached from his body.

Lisitsa is a first-class virtuoso, with a strong but sometimes wayward musical personality. Occasionally she rips through pieces, breaking the sound barrier. At other times she plays too slowly and self-indulgently for my taste.

But that does not mean this isn’t a compelling issue, because it is. You just have to take the rough with the smooth a bit.

Besides, most people will be new to this music, and it won’t bother them that she doesn’t play everything as persuasively as a great like Sviatoslav Richter used to.

This stuff is all newly recorded and yet is being offered at a bargain price. About £35 for more than 11 hours of music is a serious snip.